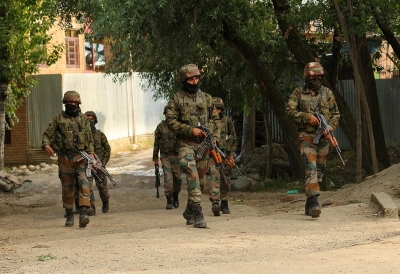 One terrorist was killed after the Army foiled an infiltration bid at the Line of Control (LoC) in the Poonch sector of Jammu and Kashmir, officials said on Thursday.

After the suspicious movement was noticed, the alert troops challenged the infiltrators and the terrorists fired back.

Later, the body of a terrorist was recovered along with two AK-47 Rifles, one pistol and other war like stores, the Army said.

"The operation continues and the search of the area is under progress," said the Army.