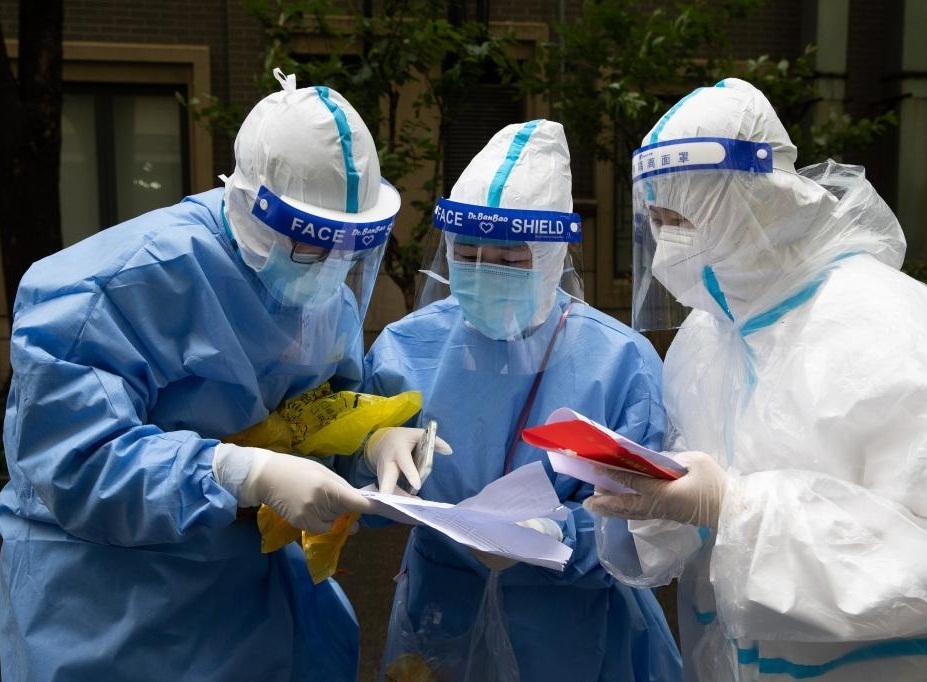 Six people are under investigation in Shanghai after an elderly nursing home resident was mistakenly declared dead, put in a body bag and taken by coroners to a waiting van before mortuary workers noticed he was still alive, The Guardian reported.

The incident, which took place on Sunday afternoon, was filmed by onlookers and the footage quickly spread online, sparking a furious backlash in the city which has been under a gruelling lockdown for five weeks. It also prompted concerns over the city's overwhelmed medical system.

In the footage, workers wearing protective clothing are seen pulling a body bag out of the mortuary van on to a trolley. They look inside the bag before realising the person inside is alive.

"Alive! Did you see that? Alive!" said one. "Do not cover him again!" said another.

One worker goes to speak with people wearing protective suits outside the building, and the elderly patient is wheeled back inside, The Guardian reported.

The incident was confirmed by the Putuo district government, which said that an investigation has been initiated into the matter.

The Shanghai Supervisory Commission and the Central Commission for Discipline Inspection said that five officials, including the director of the care home and a doctor, have been put under investigation. Another local party official has been reprimanded.

The Shanghai Xinchangzheng Nursing Home has apologised, while the funeral home reportedly praised its employees for noticing the person was still alive, and rewarded them with 5,000 yuan (600 pound) each.

State media said the elderly patient had been transferred to the hospital and was receiving treatment.

The incident shocked people in China, where a wave of Omicron is challenging the government's commitment to zero-Covid measures, including strict lockdowns and mass testing. It is also testing the resolve and trust of residents, the report said.